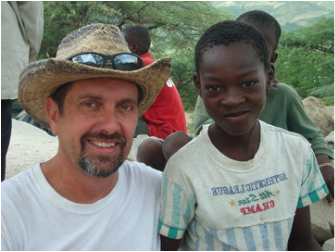 I will give you a new heart and put a new spirit in you. Ezekiel 36:26
Bob Morrison  Executive Director
Bob has served as a  firefighter/rescuer at Ground Zero 9/11., medical search and rescue in Gulfport, MS and Biloxi, MS during the Hurricane Katrina disaster. He has lead thousands of teams and projects including efforts in Joplin, MO tornado, Henryville, IN f-4 tornado, and Hurricane Sandy. Bob served as mission team leader to Haiti after the 2010 earthquake. He has served in the Gulf Coast region for hurricane relief as well as South Dakota Indian Reservation work camps.  He is a co pastor for The Edge church in Vincennes, IN
Bob is available for speaking  at conferences, seminars, church events, schools or any event that encourages others to "be the change they want to see in the world" 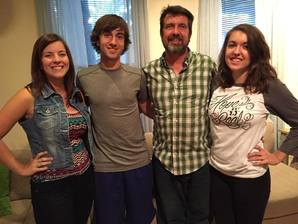 Bob's three children- (L) to (R) Taylor Morrison have  served in multiple missions in South Dakota and served in children's church as well as singing at The Gathering.  Therefore, as God’s chosen people, holy and dearly loved, clothe yourselves with compassion, kindness, humility, gentleness and patience. Colossians 3:12 Bridger Morrison, High School senior, has served on missions in South Dakota, Nashville, TN, Gulfport Mississippi, Buras, LA, as well as many local service projects. And whatever you do, whether in word or deed, do it all in the name of the Lord Jesus, giving thanks to God the Father through him. Colossians 3:17 Katie Morrison RN,served an extended mission trip to the South Pacific Islands of Yap and Guam. She has served on multiple missions  in South Dakota, as well as Hurricane Katrina relief in Gulfcoast Region, Hurricane Sandy (New York), Joplin Tornado(Missouri), Henryville tornado (Indiana), Oklahoma tornado, the Dominican Republic and many local service projects. 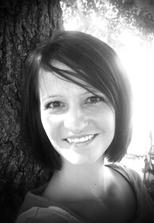 ﻿Tracey "Twig" Reel﻿ serves as our National Director for Disaster Response and Missions.  She has been the driving force for The Three Nails Project since day one. She has served on mission trips all across the US including Hurricane Katrina (Biloxi & Gulfport, MS, New Orleans & Buras, LA), Joplin, MO F-5 tornado, Leader of the Hurricane Sandy recovery (Long Island, NY), Haiti Earthquake, and many more. In her spare time she raises 5 children, manages a mini-farm with chickens, ducks, turkeys, goats, sheep and a donkey named Timothy. Her big heart is evident wherever you find her.  She also directs many mission trips and serves as volunteer liaison for disaster struck communities. She developed the Home Depot Hope House projects which continues to build homes for those in need. She was the 2015 recipient of the Hoosier Heroes Award for outstanding community service.

Jim Hall serves as our director of missions for Northeast Indiana,
He has served in Multiple tornado recoveries including Decker, IN
Henryville, IN, Moore, OK, Louisiana, Hurricane Sandy in NY
and many more. Jim has spearheaded the first Hope House in
Fort Wayne, IN  to contact Jim by email halljimr@gmail.com
​Phone 260-417-3020
Powered by